Posted on November 3, 2014 by runsailwrite

Otak Molat, Croatia September 18
Maybe it was just time to get some slower paced island time or maybe this day WAS really this interesting. Or maybe, like the title suggests, twisted is in the eye of the beholders. On our second night away from cities and marinas and even good hygiene, we found ourselves at anchor in small harbor on Otak Molat, Croatia. I had already woken up to the sound of the Octopus man and bought dinner (see Cooking My First Octopus), and Neal and I needed a little exercise so off to shore we went. We jogged the length of the small island towards a harbor on the opposite side, 7KM away. Along the way, we saw this dead snake.

We saw one live one, too, but I didn’t hang around it long enough to snap a photo. Then I noticed something odd in the trees, a thin twisted pair wire running from tree to tree, trellis to trellis, now and then looped around an olive tree branch.

I was fascinated. So we followed the wire all the way to this- what I assume to be a Telco box. Telco piracy!!

We were so tickled we had to back track and follow it back to its source, one twisted pair following another. Here is the culprit! 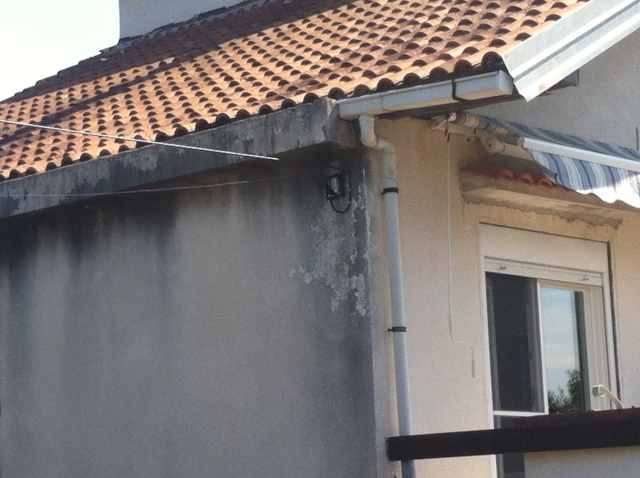 Naturally, I had to clock this on my GPS watch (further proof of twistedicity). It was over half a mile long!
When you get to see three snakes, an octopus sold and cleaned live and wriggling by a man in a Speedo, and a half a mile of twisted pair hanging from trees all before lunch, you know you have finally achieved island life nirvana!