Antibes, France and the Gigayachts

I first visited Antibes by car, with Francesca, the lovely lady who works provisioning yachts in La Ciotat. She had to pick up a few things, so I drove with her. She lived in Antibes for years, and gave me a quick tour of where the kids went to school, the places they often ate, where all the yachties hang out. This view made Antibes seem like a potential liveable place. I had an hour to wander while Francesca did her business, so I walked to the edge of the city gates, where I found Heidi’s English Book Shop, just at the city gate that opens to the sea wall. What joy! To peruse and smell and pick at English books (albeit for only 10 minutes) was such a delight. I bought Junot Diaz’s The Brief Wondrous Life of Oscar Wao for 5 euro off the used book stand. SCORE!

Then I took a speed tour of the Musée Picasso, formerly the Château Grimaldi. It is built upon the foundations of the ancient Greek town of Antipolis. Also showing were a few pieces of Miró that I had seen in Barcelona. Fun 20 minutes.

20 more minutes just walking about and a quick tour through the English Grocery store to buy crackers- unheard of in France, Yorkshire Gold tea, and a few goodies, and I met back up with my ride for a rosé and chips. It was a treat to hear English being spoken, quite a lot of it really, in Antibes. It seems to be the yacht mecca in France.

Which brings me to the boats. When we came back by boat, we could not get a berth. In fact, we could not get a berth anywhere on the French Riviera until a yacht berth broker called Cap Ferrat for us and pulled a favor. We stayed at anchor from the time we left La Ciotat until Cap Ferrat. We anchored out at Antibes, but driving into town through the marina was jaw-dropping. The outer quai, always called “Millionaire’s Row” is now adorned with boats not likely belonging to mere millionaires. Let’s just upgrade it to Billionaire’s Row. The smallest boat on this row is about 120 feet, most are over 200. The term Megayacht is outdated for these toys, meet the new Gigayachts. 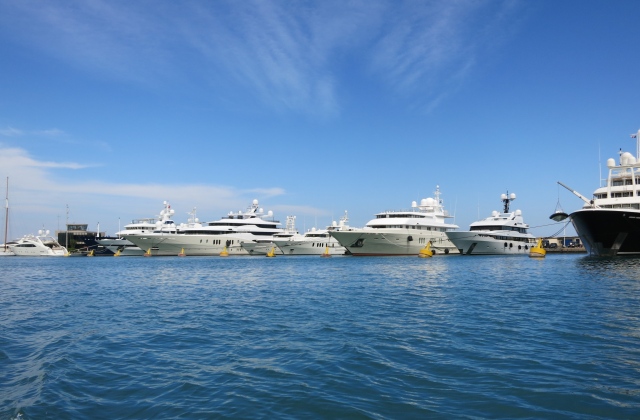 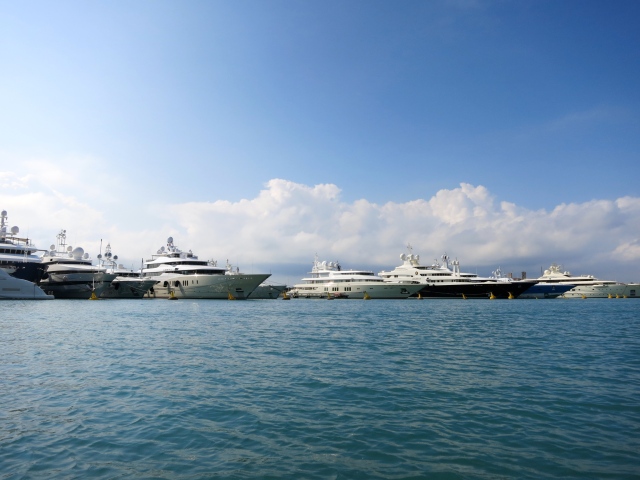 The first one, I was told, belongs to one of the sons of the Sultan of Brunei. Hideous boat. 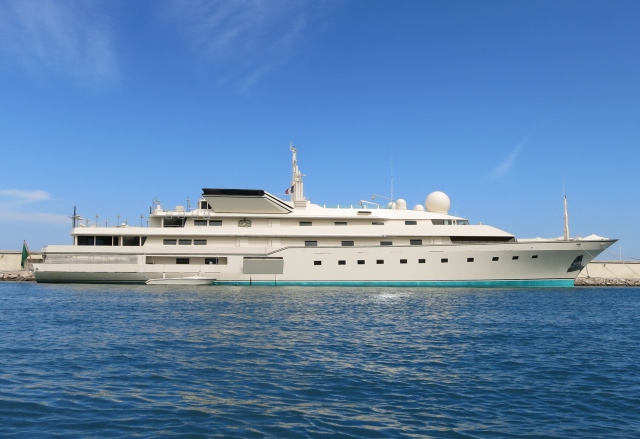 This one, called Madame Gu, won Superyacht of the Year last year. She anchored a few hundred meters from us and launched her helicopter from the bowels of the bow.

This one, we first saw at Cap Ferrat, and then again in Corfu, is called Luna, owned by Russian tycoon Roman Abramovich.

What more to say? Once I start prattling on about Gigayachts, I can hardly find the words to make the charming walled city formerly known as Antipolis seem as cool as it is. You’ll have to trust me. And after all, they call their market “The Provence Market” so it must be cool. 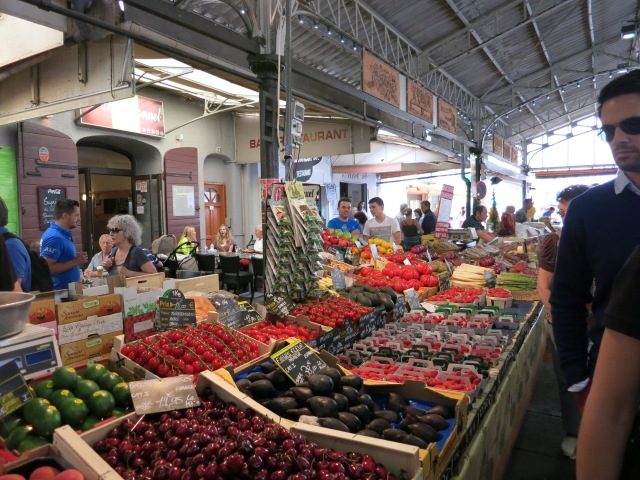 1 Response to Antibes, France and the Gigayachts