Anchored in Meloi bay, very calm and flat in southwesterly winds. There is a small dock we used for the dinghy, and the town is about 1km away, up the road behind the church to the left facing the beach. Patmos has many opportunities for the avid walker, just to town, around town, to the bay opposite town, up to the Chora. We could have spent a week and hiked a marathon or so, but had a schedule. So only 3 days at Patmos. 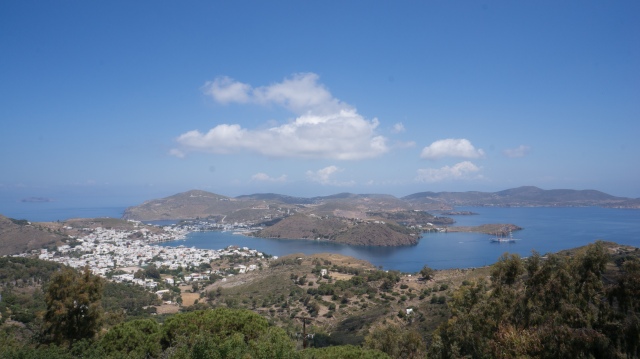 Patmos is known as the Jerusalem of the Aegean, because this is the island to which St. John was exiled in 95 AD and wrote the book of Revelation. We visited the Holy Cave of the Apocalypse where John was supposed to have lived while seeing the visions and dictating the Book of Revelations. 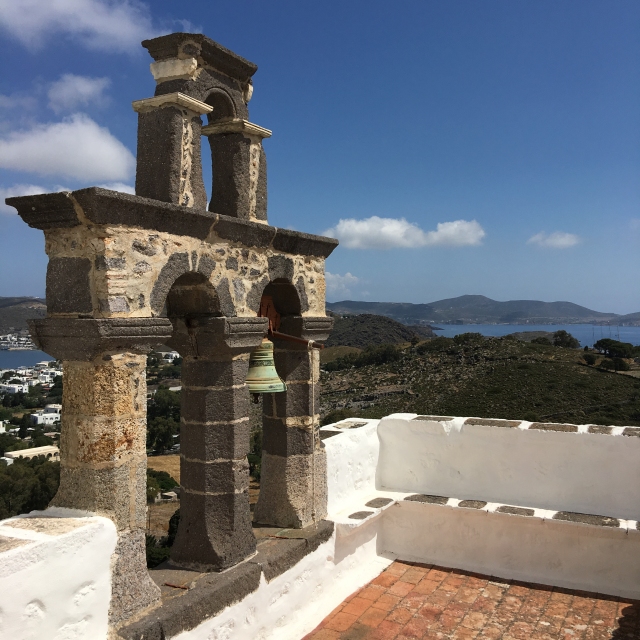 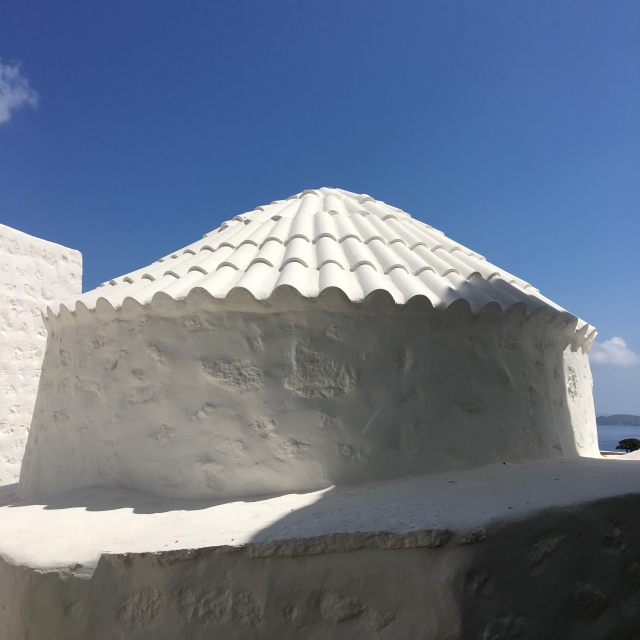 There is a large crack in the cave, the crack that was from whence John heard the voice of God. We made the long uphill climb to the Monastery of St. John, founded in 1088 by a monk, the Blessed Christodoulos. The climb follows a rocky path unsuitable for any form of transport: horse, cart, or really foot. After touring we walked the tiny streets of the Chora, famous for its well-preserved Byzantine architecture. It was mostly asleep when we were there, about 2 p.m. We found a restaurant with a nice view and good coffee. 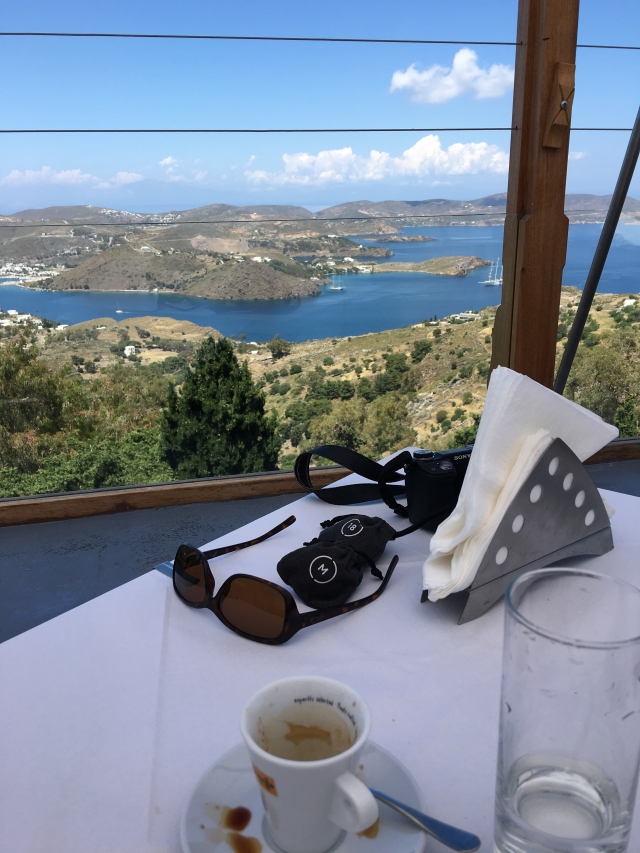 The main harbor is very big and moors not only ferries and coast guard boats, but many visitor berths and Patmos-made fishing boats. There is also room for quite a few boats to anchor. Pretty waterfront, good restaurants, and friendly people- and at least then we were there, not too many tourists, make Patmos a gem of an island.