Posted on September 22, 2014 by runsailwrite

Noah’s ark part 2.
We awoke in Zadar to torrential rain, so bad I had to cancel my massage (the humanity!) because the taxi could not navigate the flooded streets. So I decided to download my iMovie update (which apparently is a full replacement because it wouldn’t start otherwise) at 1.95Gb and I sit here in a coffee shop waiting for the 2 hours that will take. Zadar is a huge base for charter boats, mostly sailboats. I saw some Sunsail boats here, they must have a base. The bar is full of would-be cruisers waiting to pile 7 or 12 thick onto various 37-44 foot charter boats and reek each other out for a week. Everyone is smoking, wet, smelly and crowded in a small coffee bar and the vibe has more a train ride to the concentration camp feel rather than the yachting- living the dream vibe. Some bluesy American music blares way too loudly for the morning, and holiday sailors drink beer for breakfast.
Last evening we watched as boats came in for the end of their charters, packing full the marina slips, and having their last party aboard their boats. Walking back from dinner we saw most boats had a couple asleep in the cockpit, one snoring so loudly I thought we would have to close our boat to get any sleep and he was 10 or 12 boat slips away.
The table next to me in the cafe is bidding farewell to each other as one full bore changes clothes in a crowded cafe 2 feet from me. Nice underpants, dude, thank God you remembered to wear a pair.

When the rain cleared, we were able to do a little sightseeing and were well rewarded. The town’s main square sits on the ruins of the old Roman Forum, where Romans held shops and food stores, and today Zadarians do. 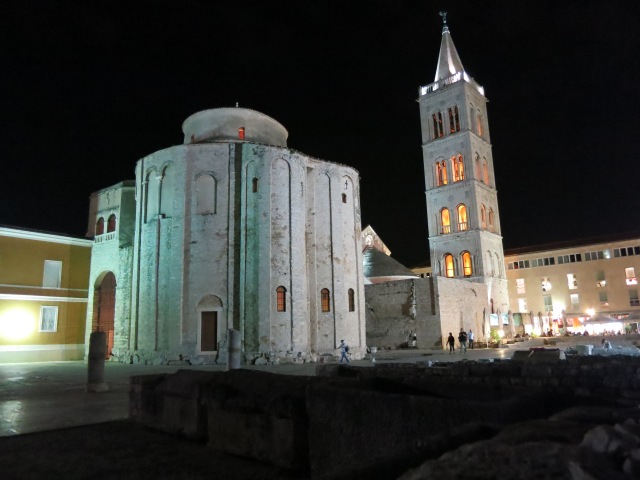 The city gates bear the lions symbolizing this Venetian past. 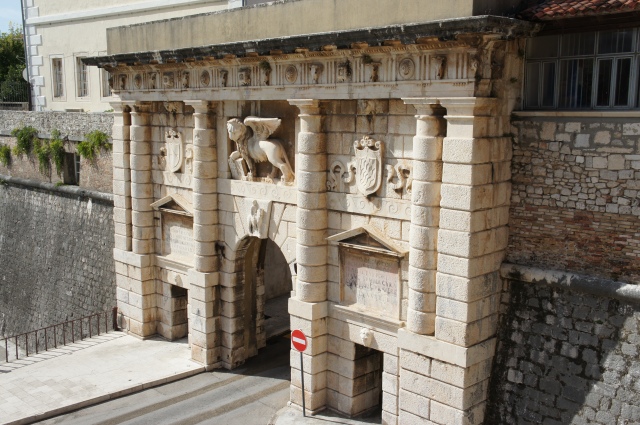 We climbed the campanile and saw Amante in the harbor opposite. 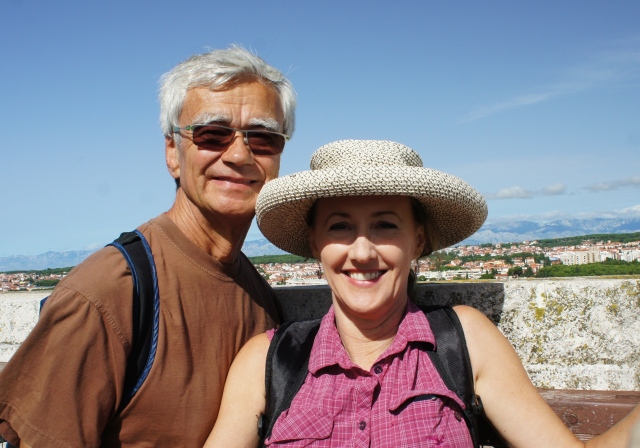 One of the coolest things in the whole world is the Sea Organ, a series of pipes run under the seal wall that when hit with waves, make the most eerie, organic but alien moaning sound I have ever heard. I had to go back 3 times to listen to it and I can’t believe it has not been featured in a movie, as the only clue to the location of something. It is magical. I don’t think my video sound quality does it justice, so I will try to find a youtube or something (try this https://www.youtube.com/watch?v=pQ9qX8lcaBQ). People hang out alone the waterfront to hear this giant beast moan.