Posted on October 2, 2013 by runsailwrite

In brief, the Madalena islands are as rugged, pristine and beautiful as the “Don’t even try to get a permit to visit during high season” warnings would suggest.
Lucky us, we got a permit for the last days of September, and it is not even required in October. Fall is coming, and we know this portends unsettled weather. On the good side, we are getting all the best deals at marinas, empty anchorages, crowdless beaches. Not a bad deal. We spent two nights on park moorings in Cala Portese on Caprera island. We picked up a Park mooring to wait out the weather. 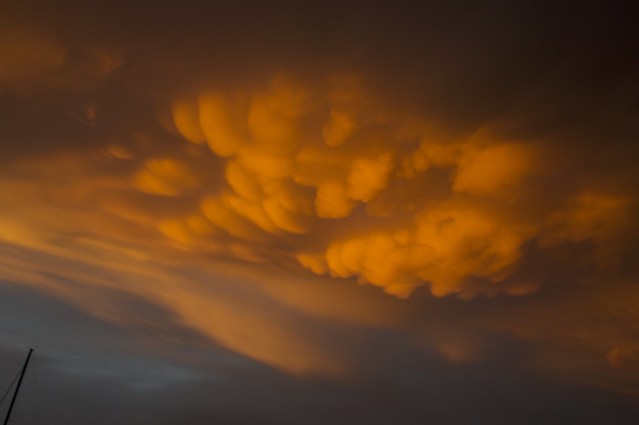 Cala Portese had a tiny beach bar that was closing the next day, so promised to come back.
We bought the last 3 beers sold for the season and watched while the concession closed for winter. 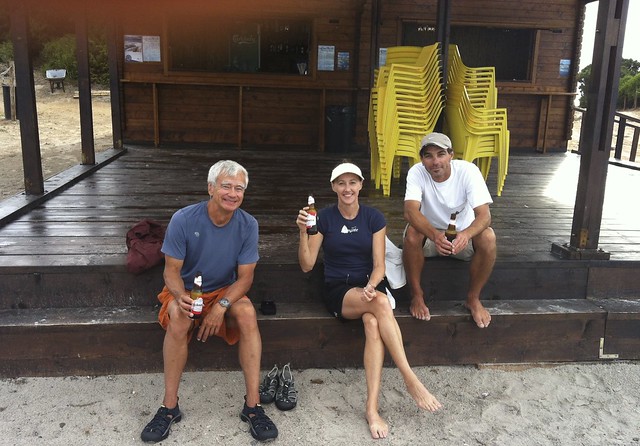 We stayed a day waiting out some rain, but had a lovely walk before the rain set in. 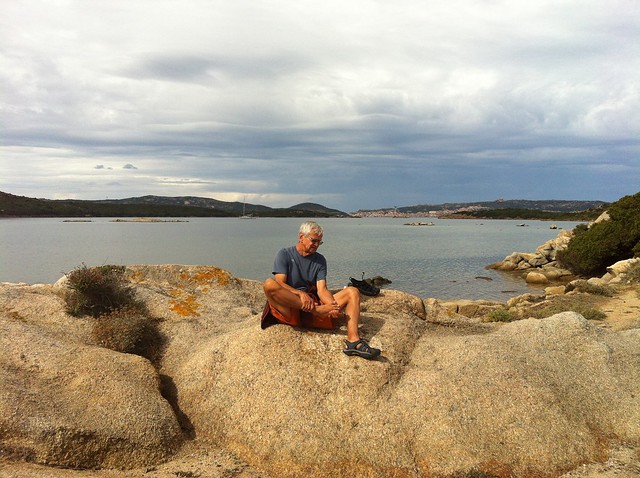 Our hike ended at a spot not where we left from, and Rudy had to fetch us in waste high water to avoid the rocks! We were the last customers of the beach bar, Bar di Mare.

We moved after the rain to Madallena island, to a mooring at Porto Massimo. This is a lovely private that was resort closing down for the season, as is everywhere we go right now. We almost had the last meal at the restaurant, but the lady said she didn’t have enough food.

After a howling night of 20-30 knots winds, but fairly flat seas, we were glad to see the park mooring held us. Neal looked at them underwater and declared them safer than our own anchor. I had my coffee looking at a normally crowded resort that was empty. 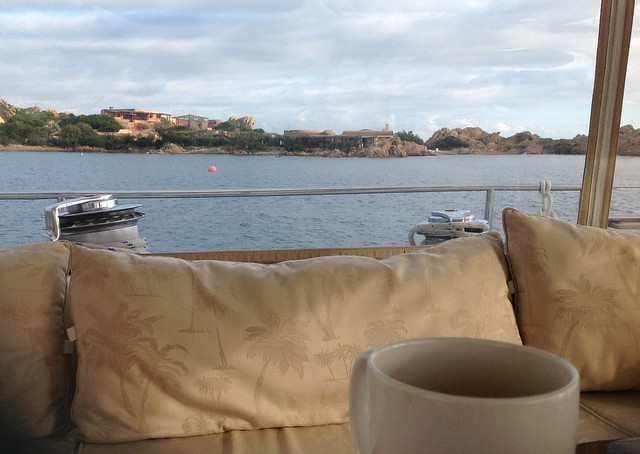 Then we walked to Madalena town, just over 5k away, to turn in our Constituto, or Italian cruising permit.
It was a lovely walk on streets that are small, but were not crowded. However, as in all of Italy, the minimum separation between me and a passing car is outside (or inside) my expected boundaries. To an Italian, not hitting a pedestrian is plenty of room. Hair grows back. As we have seen from all Italian drivers, managing millimeters is required of Italian drivers.
We went into the capitaniere di Porto to turn in our Constituto and were greeted with the welcome of a stinky turd. The big man in charge, for whom we had to stand and wait a good 10 minutes while he looked at his computer (no doubt looking up what to do with a constituto), called another man to tell him what to do. This man started speaking to me in Italian, so I said “Io non capisco bene l’italiano,” which means I don’t understand much Italian, to which he continued speaking Italian, but I do understand a good deal and managed to smile and agree (same in any language) at the right time, so he stamped us, said “Grazie,” and shooed us away.
We walked around the small Island city, that bears little resemblance to anything in Italy, had lunch, bought groceries and went back to Amante. 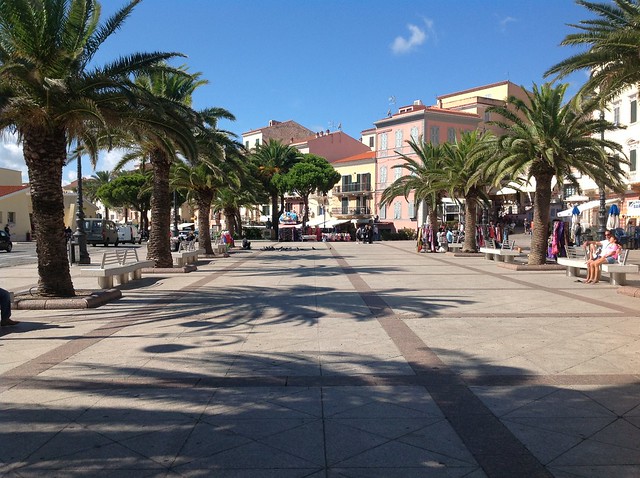 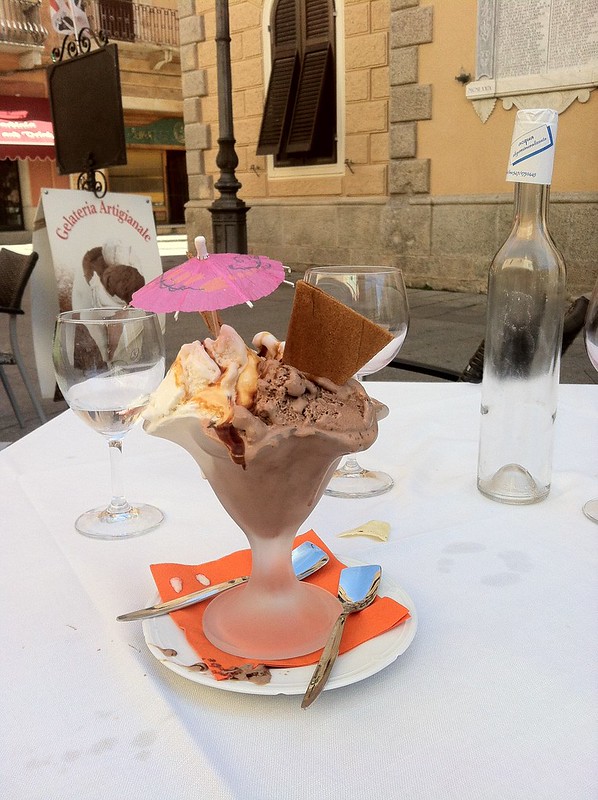 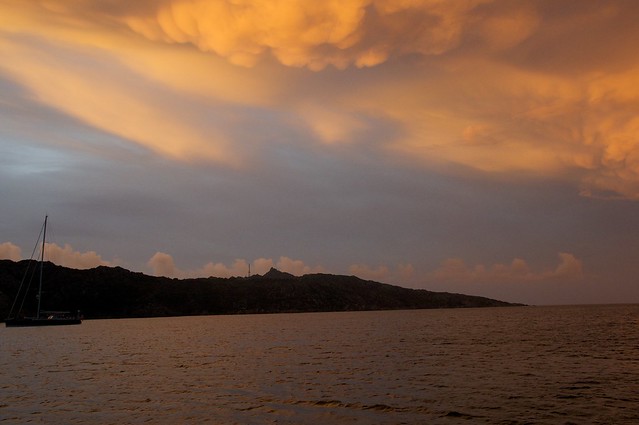