Posted on September 23, 2013 by runsailwrite

Our last night in Ponza was a mess. It started out great, with a dinner on shore with our guests, and and a comfortable anchorage- at least when we went to bed. After an a few hours sleep, an un-forecasted wind shift turned us around, facing the ocean, and the resulting swell started crashing on us as we were fairly close to what was now a lee shore. No one likes to move at 3 in the morning- especially when the whole anchorage is also emptying out. So we waited as long as seemed safe, and decided to move to the other side of the island, which was now the protected side. After two hours of torture, we anchored in Chaia di Luna and rested until about noon.

We sailed from Ponza to Sardinia, which would take about 24 hours. Todd made the watch schedule, I made sandwiches and pasta, Rudy bought pizza and Neal did the route plan. We all got to have a watch, so everyone could now use the term “not on my watch.”
Neal had picked a little island that appeared to have good shelter for an anchorage, assuming we would all just want to sleep a bit before finding things to do. Here is what that blind choice looked like.

Sheltered behind a limestone monolithic looking rock, we slept soundly, swam, ate, walked on the beach and on the water, and had a good seafood meal onshore. In addition to a quiet anchorage with a pretty beach and a good restaurant, we had the feeling of being remote and on an island somewhere, not just a mere 2 day sail from Naples! 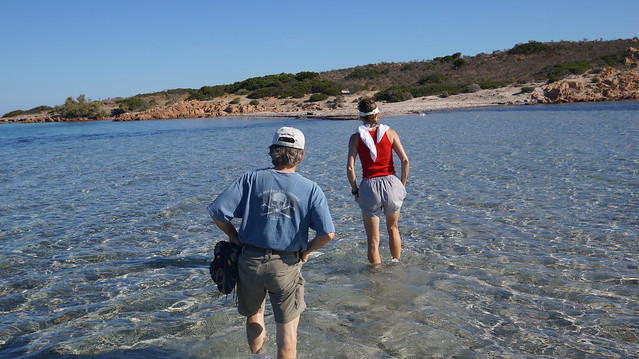 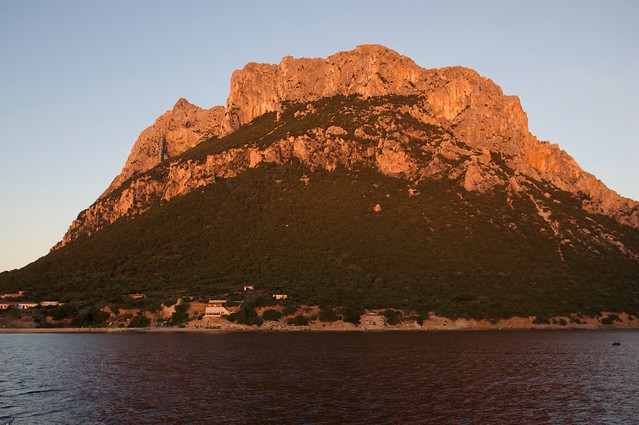 We had to take our guests to the Sardinia soon to catch a plane, but I vowed to return to Tavolara.