Thank you, Wikipedia for this text, that I have no hope of spelling correctly.
It was in the “bay of the sirocco” (Xlokk) that the first Phoenicians landed and set up trading posts on Malta, during the ninth century BC. During the Great Siege of Malta, Marsaxlokk harbor was also used as an anchorage by the Turkish fleet.
Overlooking the northern arm of Marsaxlokk Bay is the hill of Tas-Silġ, which contains remains of megalithic temples of the Tarxien phase, with later alterations resembling the Ħaġar Qim model. Bronze Age material has also been found scattered around the area. From the end of the 6th century BC to the 1st century AD, the hill was used as a religious site, notably as a temple dedicated to Astarte/Hera. Marsaxlokk was part of Żejtun in the past years. The Tas-Silġ site was used again for religious purposes sometime in the 4th century AD, when it was adapted to a new religion, Christianity, and possibly used as a monastery.
I just wanted to show the photos and remind all cruisers in Malta- take the tour bus and have lunch here. Adorable! 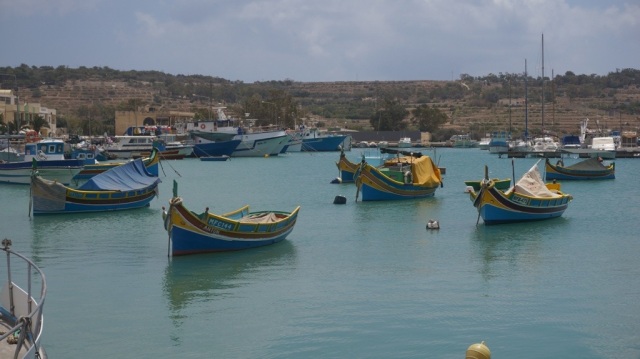 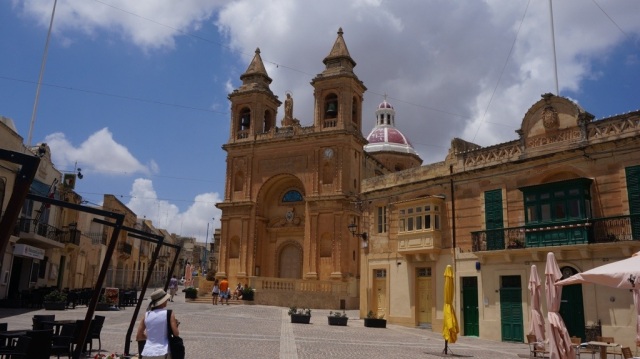