Cabrera was used to house French prisoners during the Napoleonic Wars. Of 9,000 sent to Cabrera, only 3,600 survived.
It is now an uninhabited islet except for a small station that maintains the National Park properties, including the fort and a church. In the summer a small hotel and restaurant are open. Park bouys must be used, no anchoring allowed, and are hard to book in the summer months. Since May was rather nasty in the Balearics, we had it pretty much to ourselves. 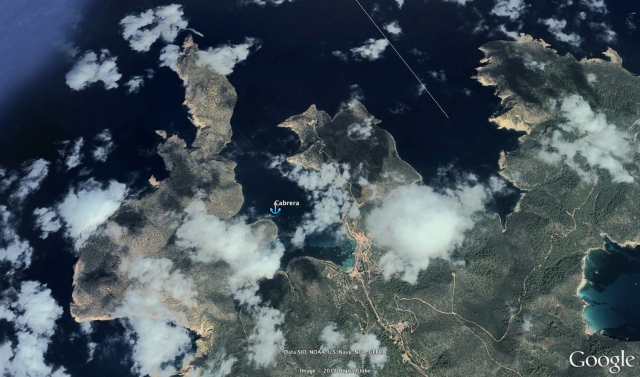 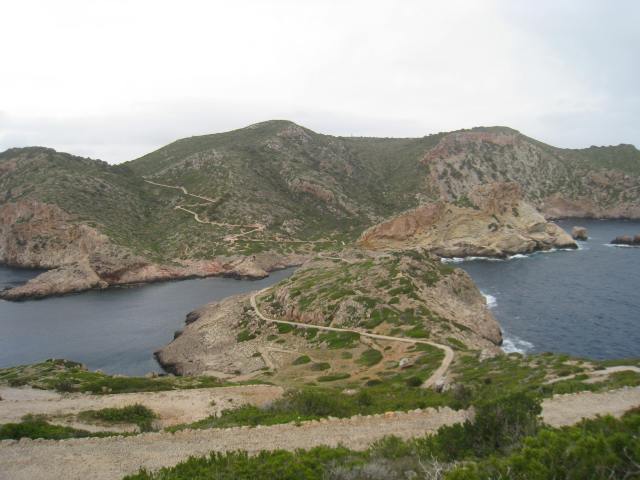 It rained and we managed to sit under the eaves of the lighthouse chapel for lunch. Cloudy but beautiful day!